Let’s pretend that you make $10 per hour. What would you do if for one year, you have to live on $1 per hour. You live paycheck to paycheck and do not have any other sources of income. You have eliminated all of the bills you can, but you still have your electric bill and other unavoidable costs. How …

END_OF_DOCUMENT_TOKEN_TO_BE_REPLACED

WHY we need help. We have a lot of different ages as fans of the Palace so before we get to the “how” we want you to understand the “why.”  If you already understand this, please scroll down to the HOW section.  In a nutshell: Grab a calculator and add up what you made in May, June, July and …

END_OF_DOCUMENT_TOKEN_TO_BE_REPLACED

We are trying to keep the Covid enemy out of the Palace walls.  We are all under attack, but hopefully with some personal responsibility, we can stay safe and still enjoy our favorite activities.  If you haven’t visited the Palace since we reopened in June, things are a little different around here. While we hope most of these adjustments …

END_OF_DOCUMENT_TOKEN_TO_BE_REPLACED 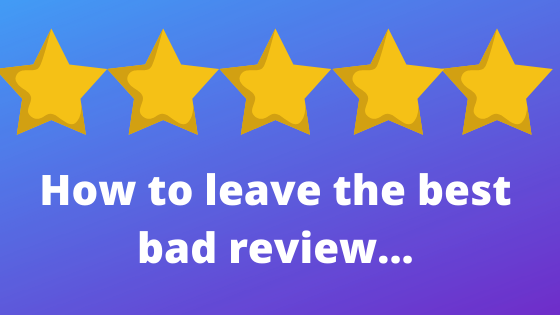 STOP! Don’t hit send. I know you’re mad. I know you feel justice will be served if you spew a list of profanities blasting a business on a public forum. You’ll show them what happens when they disrespect you and blatantly disregard all of the doctrines of customer service that you feel they should follow based on your experience …

END_OF_DOCUMENT_TOKEN_TO_BE_REPLACED

Picture this: you walk into a hotel conference room full of booths. These booths are full of candy and popcorn and hot dogs and all of the yummy items you could hope to find at a concession counter. Your challenge, should you choose to accept it, is to visit these booths, try the samples, and decide how to work these …

END_OF_DOCUMENT_TOKEN_TO_BE_REPLACED

It’s back to school time and I know many of you are taking on new roles. If you’re suddenly tasked with the job of planning field trips, raising money, or looking for donations, here’s where to start: Field Trips We offer field trips outside of our regular schedule. The basics: $8 gets students a ticket/drink/popcorn. One teacher is included for …

END_OF_DOCUMENT_TOKEN_TO_BE_REPLACED

We do not pick the new release movies that are played at the Palace.  For that reason… if there is a specific movie that you want to see, sometimes YOU need to bring it to us.  We get most big releases, but small releases are pretty rare for us.  The studios have very targeted areas for their movies and their …

END_OF_DOCUMENT_TOKEN_TO_BE_REPLACED

Movie theaters are weird. We don’t have any control over the product we sell (movies). Not only do we not have any say in what gets made, we also don’t get to pick what comes to us. We are not well versed in every movie that comes through. We do not get any special treatment from the studio. They do …

END_OF_DOCUMENT_TOKEN_TO_BE_REPLACED

Creating a new holiday tradition at the Palace.              We know some of you feel very strongly about stores being open on the holidays and while we would love official days off, the reality is that these days make up for the painfully slow days in the off months.  We NEED these days to survive. It’s ok to come see …

END_OF_DOCUMENT_TOKEN_TO_BE_REPLACED

After the last movie theater in McMinn County closed in early 2013, local businessman, Sekhar Reddy, decided to bring a new state of the art theater to the town he’s called home for most of his life.

The original plan to renovate the old Plaza Twin Cinema turned into an almost complete rebuild and expansion. The theater became a luxury building housing five screens including complete digital projection and 3D.

The name, Athens Movie Palace, reflects our commitment to providing the community with a luxury theater. This is more than a new coat of paint.

Theater patrons will be surrounded by upscale amenities throughout the building. The theater has ultra plush leatherette stadium style seating in all of the auditoriums. Cutting edge technology, such as Dolby® Atmos, was implemented to bring a premium experience to local residents without the need to drive to Knoxville. The Dolby® brand is recognized far and wide as standing for the best in cinema sound. According to the Dolby® website, “Dolby® has established standardized sound replay conditions for cinemas and for mixing studios to ensure that films will be consistently replayed as they were envisioned.”

Luxury bathroom facilities welcome guests without leaving them with that “icky” feeling associated with public restrooms. A full service concession area offers the standards as well as unique custom items.

The theater also has a room for parties and events. In addition to first run movies, Athens Movie Palace offers special events to bring the community together and classic films to give old movies a new audience."